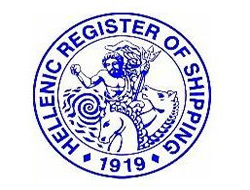 The Hellenic registered shipping fleet returned to higher ground during March, as was the case from October onwards with the exception of February.

The Hellenic registered shipping fleet returned to higher ground during March, as was the case from October onwards with the exception of February.

According the latest monthly report released by the National Statistics Agency, vessels flying the country's flag were increased by two during March, despite the fact that many older dry bulk carriers have kept on exiting the market and sold for scrap. The total number of ships reached 2,088 in February, up from 2,086 in February, but down from 2,089 from January. In terms of the tonnage"s total capacity, it now stands at 39,844,012 tons, versus 39,554,679 tons during the previous month.

Despite the fall of the dry bulk fleet at least in numbers and not in capacity, numbers kept increasing in the tanker side, with five more vessels entering the Hellenic Registry, bringing the total tanker fleet at 533 vessels bearing a total capacity of 23,247,755 tons, up from 528 units with a capacity of 22,906,121 tons in January. As for the rest of the fleet (passenger ships and other types), it was decreased by two vessels to reach 934 units in January.

On the dry side, vessel numbers are almost unchanged from 2000 (+0.6%), while from a capacity point of view, the growth stands at 25.5%, practically unchanged from the previous month. This is easily translated to bigger bulkers entering the fleet, with capasizes proving to be the most popular type.

This news is a total 676 time has been read