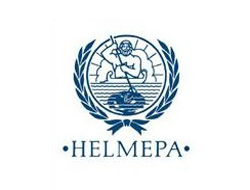 The 26th annual General Assembly of the members of HELMEPA took place on Thursday 15 May at the premises of member-companies Alpha Tankers/Anangel/Kristen Navigation.

The Assembly began with the readout of IMO Secretary General, Efthimios Mitropoulos´s address. The departing Chairman Nicky Pappadakis greeted the members, pointing out the importance of HELMEPA in the protection of the marine environment through the motivation of the human factor in the shipping industry. The dramatic climate changes confirm the efforts of HELMEPA in shipping, school children in Greece and in INTERMEPA with the the other sister associations in 7 countries of the world.

Dimitris Mitsatsos, Director General, presented the activities of 2007 and the Treasurer, Nicolas Bafaloukos, the economic status according to the report of the Chartered Accountant Moore Stephens. The election then followed with the appointment of the new Board of Directors.

According to the results, the following members (in alphabetical order), were elected and will constitute the new Board of Directors on Monday 26 May at the premises of HELMEPA, 5 Pergamou street, Nea Smyrni.

This news is a total 705 time has been read