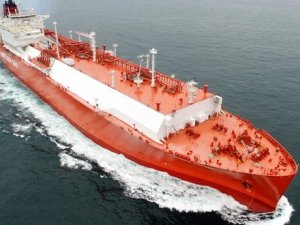 Under the first contract, four 174,000 cbm LNG carriers will be built by HHI’s Hyundai Samho Heavy Industries for an unnamed European company.

The newbuild quartet, which has a combined worth of KRW 877 billion, will be delivered to its owner by the end of 2022, the shipbuilding group said in a stock exchange filing on December 19.

To be built at HHI dockyard, the ship pair is scheduled for delivery by the end of October 2022.

As informed, all six vessels will feature a length of 299 meters and a width of 46.4 meters.

They will have dual-fuel propulsion engines that will increase the vessels’ fuel efficiency and reduce their greenhouse gas footprint, HHI said.

As a result, the group has so far this year won orders for a total of 125 ships, amounting to USD 11.3 billion. HHI revealed it reached 71 percent of its annual order target of USD 15.9 billion.

According to an official of HHI, shipowners’ interest in new vessels is rising ahead of the entry into force of new environmental regulations introduced by the International Maritime Organization (IMO). HHI is currently in negotiations for several more deals.