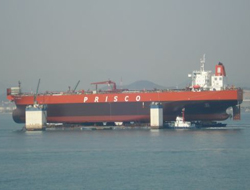 According to the Group"s release, the vessel is the last in the series of six 100,000-dwt tankers bearing the names of Far Eastern Bays. The new tanker is to be put into operation by July of the current year.

Outfitting work is in process. The tanker will be finally tested upon its completion.

When Zaliv Aniva enters PRISCO fleet, the company"s total deadweight will be increased by 104,000 dwt to 1.870 million tonnes. In early May PRISCO fleet was renewed by three new vessels including the first in the company"s history bulker ?PRISCO Abakan?. JSC Primorsk Shipping Corporation specializes in marine transportation of bulk liquid cargoes.

The Corporation operates 19 tankers with their aggregate deadweight of 1 352,777 tons. Ice class vessels including large-capacity ones equipped for operation in freezing seas conditions make up the core of the сompany"s fleet. 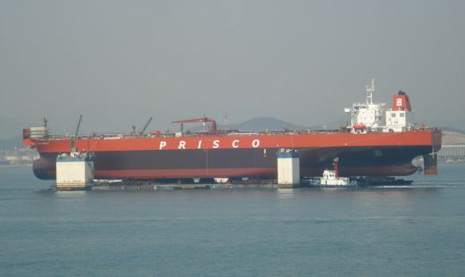 This news is a total 4394 time has been read