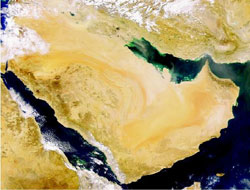 International Bargaining Forum has agreed to extend the ?high risk area? to cover the entire Gulf of Aden.

International Bargaining Forum have agreed to extend the ?high risk area? to cover the entire Gulf of Aden.

Following a full meeting of the IBF in Hong Kong November and subsequent correspondence, the International Bargaining Forum has agreed to extend the ?high risk area? to cover the entire Gulf of Aden. The expansion has been agreed because of the number of attacks which had occurred outside the previously agreed zone, including the ?Sirius Star? which had been hijacked off the coast of Kenya. The Agreement that was reached during these discussions will continue to provide that seafarers on ships covered by IBF Agreements will receive a bonus equal to 100% of their basic wage while the vessel is in transit. Likewise the normal rates of death and disability compensation for seafarers will continue to be doubled during this period. The previously agreed terms adopted for Filipino seafarers by the POEA will also continue to stand in the extended high risk area.

Despite the increase in piracy in the region, the effectiveness of the channel through the Gulf provided by the designated, IMO-approved, Maritime Security Patrol Area was recognised by the IBF and the intervention of, and the increase in, armed naval forces in the region was welcomed. The IBF also acknowledged the continuing resolutions of Governments and Industry Organisations to make the Gulf of Aden* a safe sea lane for the world"s shipping. The IBF therefore agreed that seafarers on ships that used this corridor for the transit should continue to be expected to serve on their vessels during transits.

However, seafarers that served on ships that chose not to use the Maritime Security Patrol Area should have the right to refuse to make the transit and to be repatriated at owners" expense.

Speaking after the meeting Brian Orrell, the ITF spokesman said:

?The recent increase in piracy in the Gulf of Aden,
with further attacks happening outside the previously defined High Risk Area, has led us to agree the increase to cover the entire Gulf. In order to recognise the real threat to the seafarers sailing in this important shipping lane we have felt compelled to use the weight of the IBF to highlight the serious nature of this situation and to further protect the men and women who sail aboard ships in this region of the world.?

Ian Sherwood, the spokesman for the employers group said:

?Whilst, of course, we had hoped that the establishment of the previous High Risk Area and the continued increase in activity from Naval forces in the area would have reduced the risk to shipping in the Gulf of Aden, it has become very apparent that further action needs to be taken and the IBF has therefore again decided to take action to try and ensure safe passage of shipping in the Gulf area.?

*The new high risk area has been projected north and south of the existing area, to the Yemeni coast in the north and to the existing warlike operations area in the south, also encompassing the Island of Suqutra. The Eastern and Western boundaries of the area have been adjusted to meet the mouth of the MSPA on each side. The western border of the high risk zone, therefore runs from the coastline at the border of Djibouti and Somalia to position 12 15 N, 45 E; from 12 35 N, 45 E to Mayyun Island in the Bab El Mandeb Straits. The Eastern Border runs from Rhiy di-Irisal on Suqutra Island to position 14 35 N, 53 E; from 14 45 North, 53 E to the coastline at the border between Yemen and Oman.