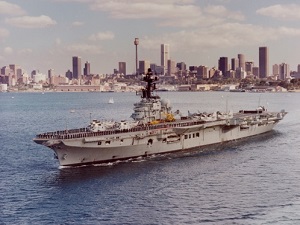 Royal Australian Navy frigate HMAS Melbourne has wrapped up six months of operations in the Pacific and North East Asian regions and has returned to her homeport at Garden Island Sydney.

According to the ship’s commanding officer, Commander Marcus Buttler, the deployment was a great success as the ship fulfilled all of its assigned tasks and responsibilities.

“Ship’s company were outstanding, and we wouldn’t have completed our mission without the hard work and dedication of the 220 men and women who make up the heart and soul of HMAS Melbourne,” CMDR Buttler said.

“It’s a great testament to the capability of this guided missile frigate that we were able to undertake such a wide range of tasks, in different maritime environments, and with many different navies,” said CMDR Buttler.

Early next year HMAS Melbourne will depart Fleet Base East for a new round of operations and exercises including Indo-Pacific Endeavour 19, before being decommissioned in September after 27 years of service to the Royal Australian Navy.