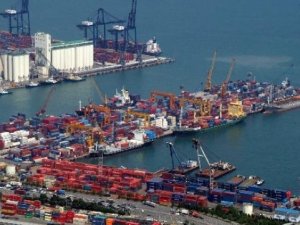 The companies each took a 50 percent stake in the terminal after purchasing the remaining shares from Korean venture capital investment firm IMM Investment: HMM took 40 percent and PSA took 10 percent. The terminal has been renamed the Korea Shipping Partnership Pusan Newport Terminal, and it accounted for around 1.2 million TEUs, about 30 percent of HMM's business, last year.

HMM’s ownership in the terminal decreased to 10 percent in 2016 due to financial difficulties, and the new deal is expected boost the company's finances through reduced port fees and cargo handling costs.

Last month, the company announced plans to order 20 new eco-friendly mega container ships as part of the Korean government’s five year plan for rebuilding Korean shipbuilding. The 20,000 and 14,000 TEU vessels will be deployed on the Asia-North Europe and U.S. East coast trades respectively.

This news is a total 3573 time has been read
Tags: HMM and PSA Take Control of Busan Terminal