HMM looks at chartering in boxships for busy transpacific tradelane 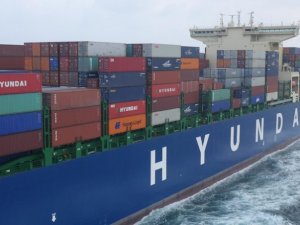 Amid very high utilisation rates seen on the transpacific tradelane Hyundai Merchant Marine (HMM) is looking at chartering in some large boxships.

The South Korean carrier has picked up much of the slack left by the demise of compatriot Hanjin Shipping on the US-bound tradelane. Rates are picking up on the transpacific as the peak season kicks in.

While HMM is keen to order new ships, financing has yet to be secured and in the meantime it has contacted brokers to look at suitable tonnage to charter.

Figures for June showed HMM's westbound volumes on the transpacific had shot up dramatically, increasing by 77% year on year. The Korean line ranked fourth in market share in June on the westbound transpacific, up from 12th a year prior.

This news is a total 543 time has been read
Tags: HMM looks at chartering in boxships for busy transpacific tradelane