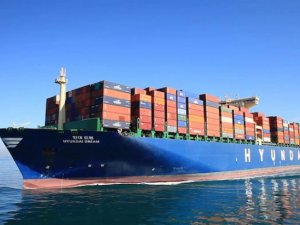 The path to financial redemption for South Korea’s Hyundai Merchant Marine (HMM) moved ahead yesterday with news the line had signed an agreement with its creditors on implementing plans to normalise its management.

HMM has said it has met all of the demands laid out by its creditors during its five-month restructuring. HMM will now prepare to join 2M, the vessel sharing agreement founded by Maersk and MSC, next April.

This news is a total 3493 time has been read
Tags: HMM takes another step towards financial redemption, türkishmaritime