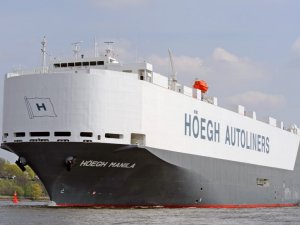 Ivar Myklebust, who served as CEO from November 2017, will be replaced by Thor Jørgen Gutormsen, the company announced on September 10.

Thor Jørgen served as CEO for Leif Höegh & Co between 1992 to 2008 and as non-executive director of Höegh Autoliners since 2014.

He has also been president of the Norwegian Shipowners Association and a board member of BIMCO and ECSA.

“We are very pleased that Thor Jørgen Guttormsen will lead Höegh Autoliners with the rest of the senior management team,” Leif Høegh, Chairman and Jan Kjaervik, Deputy Chairman of Höegh Autoliners, said in a joint statement.

“Thor Jørgen knows the company well and the board and shareholders have confidence in his ability to develop the company further. We thank Ivar Myklebust for his service to the company.”

Thor Jørgen Guttormsen was elected to the board of Höegh Autoliners in 2014.

This news is a total 252 time has been read
Tags: Höegh Autoliners.