Hong Kong Convention on a knife-edge in 2017 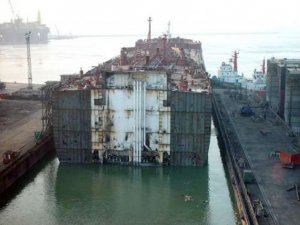 In the final week of the year, we’re looking ahead each day to what’s in store in the months ahead. Today, Dr Nikos Mikelis from GMS looks at the recycling sector.

2017 will be a pivotal year for global ship recycling. The Hong Kong International Convention for the Safe and Environmentally Sound Recycling of Ships (HKC), is gaining traction, as both India and Denmark have announced their intention to accede, while the European Commission will decide whether to include yards in India that have proven their compliance with the HKC on their list of approved facilities for the recycling of EU-flagged ships. These factors will have a huge impact on this vital global industry; particularly in South Asia.

Currently, three-quarters of the shipping tonnage recycled annually occurs on the beaches of Bangladesh, India and Pakistan, employing over 130,000 workers – who will be impacted most significantly by decisions made in 2017. The upcoming year holds the opportunity to raise standards, improve the health, safety and welfare of workers around the globe – but this outcome is sadly uncertain.

The European Commission in its implementation of the EU Ship Recycling Regulation might exclude HKC-compliant yards in South Asia that have met the application criteria, on the grounds of their using the beaching method. This move would not only be irresponsible but it will also be naïve. Ensuring clean and safe recycling is just as possible on a beach as it is to conduct dangerous and polluting practices alongside a pier. It is not the location of the recycling process that determines its safety or sustainability, but how the process is managed and the oversight that is in place.

A misjudged European decision would damage the prospects of HKC. The global momentum behind the HKC is largely driven by western economies and Japan, with European nations playing a huge part. With a list of “approved” yards that snubs the best yards in South Asia, EU Governments could consider their work on ship recycling as “job done”, removing that international pressure in support of HKC. This could leave South Asian yards with no financial or regulatory incentive to improve recycling conditions – a bleak prospect.

Conversely, it will be of huge benefit to the region if the EC decides to include on its approved list the leading yards in India that have applied for and have met the HKC Statement of Compliance (SOC) standards. Currently, of the 132 registered recycling yards in Alang, 17 have been awarded SOC with HKC, a further 26 are expected to receive it shortly, and another 20 yards are expected to apply. Inclusion on the EU list would drive further support for increased standards, as competition for EU-flagged ships drives more yards to invest in achieving the SOC standards and European approval.

The approval of Indian yards would also demonstrate that the HKC and the EU Ship Recycling Regulation are complementary rather than mutually exclusive, with EU SRR helping to sustain the momentum towards HKC’s entry into force, with all its attendant benefits.

GMS believes that sustainable ship recycling should become the norm rather than the exception. However, to do this it must be done on a global basis, bringing all ship recycling countries and regions to the same minimum standard. We trust that the rest of the industry shares our view that if the EU’s list excludes recycling yards based on their use of the beaching method, then this cannot be achieved.

This news is a total 696 time has been read
Tags: Hong Kong Convention on a knife-edge in 2017