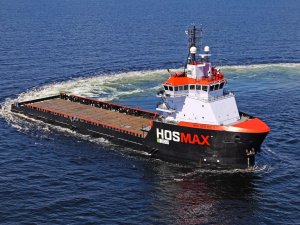 Hornbeck Offshore Services has been suspended from trading on the New York Stock Exchange for failing to meet minimum listing requirements related to its market capitalization.

The NYSE announced that trading of the company’s common stock (NYSE:HOS) was suspended after market close on Friday, December 20, for its failure to maintain an average global market capitalization of at least $15 million over a consecutive 30-trade-day period, as required by NSYE continued listing standards.

Hornbeck said Monday its common stock will commence trading on the over-the-counter marketplace OTC Pink as of Monday, December 23, 2019. Meanwhile, Hornbeck also intends to apply for trading of its stock on the OTCQX Marketplace under the symbol “HOSS”. The company said it plans to appeal the NYSE’s determination and will request a review of its appeal by a Committee of the Board of Directors of the Exchange

The company has been hit hard by the prolonged downturn in the offshore oil and gas industry prompted by the crash in oil prices beginning mid-2014. Since then, Hornbeck has seen its stock tank from its peak of more than $50 in 2013 to just $0.30 before its suspension on Friday.

As of September 30, 2019, Hornbeck’s fleet consisted of 66 new generation OSVs and eight MPSVs, of which 35 OSVs and two MPSVs were stacked.

This news is a total 314 time has been read
Tags: hornbeck offshore Greenpeace UK Fined $100,000 Over Oil Rig ProtestsScotland's highest court has fined Greenpeace UK $100,000 for interfering with the operations of the Transocean floater Paul B. Loyd Jr. in the UK North Sea in June 2019. Brave Tern gearing up for largest wind turbinesFred. Olsen Windcarrier’s Brave Tern will undergo upgrades which will allow the jack-up to handle all known next-generation wind turbines and larger foundations.