How France and Denmark Plan to Downsize Shipping’s Carbon Bomb 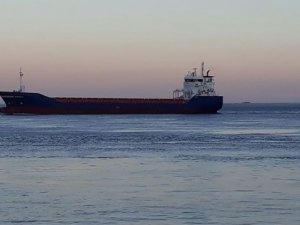 The next carbon bomb to hit our climate might come from out at sea. Mostly out of sight, the giant ships which transport 80 percent of world trade burn the dirtiest, sludgiest type of oil, and emit enormous plumes of climate-heating greenhouse gases.

If you rank the world’s countries by their annual emissions, the shipping industry emits more carbon than all but the top five. The Paris Agreement goals cannot be met unless we tackle shipping, one of the world’s top polluters. The industry is poised to determine its direction on climate in early November at the IMO.

Time is short. We are warned that greenhouse gas emissions must be reduced by almost half in the next decade to prevent increasingly dangerous outcomes.

Shipping must reduce emissions in this next crucial decade while plotting a revolutionary course towards zero carbon technologies and fuels. Fortunately, this goal to realize commercially viable deep sea zero emission vessels by 2030 is increasingly embraced by industry leaders, including those in the recently launched Getting to Zero Coalition.

Luckily, there is a short term option - speed limits.

Just like a car, ships burn ever more fuel per mile the faster they go. In 2008, when oil and freight rates spiked, ships were zooming around the planet faster than ever. The sector emitted a record 1.14 billion tonnes of greenhouse gases into the atmosphere.

But after the financial crisis hit, demand slumped and many ships slowed down to conserve fuel and save money. Reduced fuel led to reduced emissions.

Carrying this slow steaming practice forward when trade rebounded is the main reason that shipping emissions remain below that 2008 peak. Thanks to slowing down and increased efficiency, in 2018 shipping was still emitting 18 percent less CO2 than in 2008, even though the global fleet had increased by sixty percent.

We’re living on borrowed time, however. As world trade continues to grow, ships will see incentive to speed up, again.  And, shipping could help burn through our remaining carbon budget at full throttle.

For the upcoming November negotiations, France has proposed an urgent, global speed cap of 11 knots for all oil and chemical tankers in the world, from 2023 to 2025 which is only one knot below their current average speed.

It’s an urgent, simple idea to protect us from a potential climate bomb from speedier shipping.

Lower and zero emission technologies can be encouraged to come on line when the speed limit is lifted. Beyond this speed cap, France’s proposal also allows for slowing down even further to use less fuel and achieve further CO2 reduction. According to research by CE Delft, a 30 percent speed reduction over the coming decade would cut shipping emissions by the equivalent of shutting down 48 coal plants. As well, ships can invest in efficiency in order in order to comply with whatever international CO2 standards for the next decade are developed.

Another approach, proposed by Denmark, would require ships to use less fuel through more efficient ship design, operations and low and zero-carbon fuels. This could similarly reduce emissions by 2030 if efficiency goals are set at the right level.

This huge reduction in fuel consumption would also save ship owners money. Competitive international trade can be maintained while using the least fossil fuel.

An urgent speed cap, with the potential to slow down further, is the best option to reduce emissions for existing ships in the near term. It will also create crucial time and space in our carbon budget over the critical next decade as innovators actively invest in the zero emission fuel types and propulsion technologies to get us all the way to a clean, zero carbon maritime trade system.

This news is a total 170 time has been read
Tags: Downsize Shipping, Carbon Bomb

US-China Deal: What Will It Mean for Tanker Shipping?Under the ‘phase one’ trade deal signed last week, China has pledged to increase imports of American goods, targeting to bolster its energy imports by USD 52.4 billion above 2017 levels over the next two years.

Scrubber-fitted capes speed up in first weeks of the new yearThe largest bulk carriers afloat are moving at different speeds depending on whether or not they have a scrubber fitted.

Vale’s Recovery to Be the Biggest Swing Factor for Iron Ore in 2020A decent recovery is expected in the seaborne supply of iron ore in 2020, predominantly driven by the recovery of shipments from the Brazilian mining giant Vale.