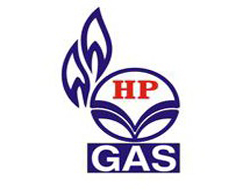 Hindustan Petroleum Corp's naphtha export will fall from July as it steps up production of superior grade gasoline to meet local demand, a senior company official said on Wednesday.

Hindustan Petroleum Corp's naphtha export will fall from July as it steps up production of superior grade gasoline to meet local demand, a senior company official said on Wednesday.

New units that are being commissioned will convert naphtha into gasoline that will meet Euro-IV specifications. These are being enforced from April 2010 in 11 big cities that currently sell Euro III fuels.

The rest of the country, where fuels of lower standards are sold, will upgrade to Euro III.

"This month we will produce about 25,000 tonnes of Euro III petrol in our Mumbai refinery," he said, adding the firm last month commissioned a naphtha splitter, naphtha treater and a continuous catalytic reformer (CCR).

"We have already commissioned new units at the Mumbai refinery and in Vizag pre-commissioning activity is on. The units will start operations sometime next month," he said.

He said HPCL's naphtha output from the two refineries will decline as it would produce more of petrol to meet local demand.

"This would be followed by production of Euro IV grade to convert naphtha to gasoline before the April 2010 deadline," Murli said.

The firm is currently producing some Euro III diesel at its two refineries but for full scale production of this grade it needs to upgrade secondary units after a shut down in the December quarter.

"Euro III diesel can be produced at full scale only after changing the catalyst of the diesel hydro desulphurisation unit (DHDS) at the two refineries. The shutdown will be for about 35 days each," he said.

As of now, the plan is to shut the DHDS at Vizag and Mumbai refineries in the December quarter, he said.
HPCL plans to shut a 60,000 bpd crude unit and some secondary units at Vizag for about 30-35 days for turnaround and inspection in October, he said.

For producing Euro IV diesel the firm is putting up new 2.2 million tonne diesel hydrotreater projects, one at Mumbai and one at Vizag that will be commissioned in Sept. 2011.

It is also planning to have in place a 1.5 million tonne FCCU by March 2010 at Mumbai to reduce its fuel oil production and increase petrol.

This news is a total 3956 time has been read