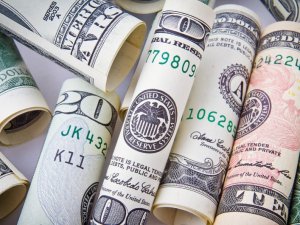 Hunter Tankers AS, a wholly-owned subsidiary of Hunter Group ASA, has signed a binding agreement for a USD 220 million loan facility.

The loan has been secured by a syndicate of banks consisting of Danske Bank, DNB, Nordea and SEB.

“The proceeds will be used to fund the final instalments for the company’s four remaining newbuild VLCCs, as well as general corporate purposes, and will be drawn on delivery of each vessel,” the company said.

The facility will carry a 275bps margin over LIBOR, and have a 16-year repayment profile.

Hunter Tankers has four 300,000 dwt VLCCs under construction at Korean shipbuilder DSME that are scheduled to join its fleet in 2020.

They form part of a total of seven VLCC newbuilds, out of which Hunter took over three deliveries last year.

The three VLCCs were acquired by Bermuda-based Ship Finance International back in September 2019, for a total of USD 180 million.

Following the delivery, the vessels started 5-year bareboat charters to Hunter with purchase options during the charter period.

All seven eco-design tankers will be fitted with scrubbers, the company revealed earlier.

This news is a total 2307 time has been read
Tags: Hunter Group ASA, Hunter Tankers, VLCC.