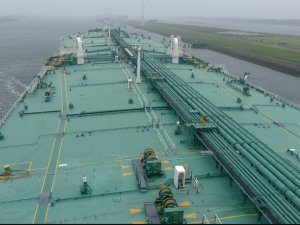 Hunter Tankers AS, a wholly-owned subsidiary of Norwegian Hunter Group ASA, has received binding commitments for a $ 157.5 million loan facility from a syndicate of banks consisting of Danske Bank, DNB, Nordea, and SEB.

The proceeds from the facility, along with available cash at hand, will be used to refinance Hunter Atla, Hunter Saga and Hunter Laga, which are currently financed by sale-and-leasebacks with SFL Corporation.

“The refinancing will reduce the company’s leverage, cost of capital and consequently cash breakeven levels, and is an important step in line with the company’s strategy of being a low-cost provider of tanker tonnage.,” the company said.

The loan will have a repayment profile of 16 years and will carry an initial interest rate of Libor + 295bps for the first twelve months, following which the interest rate margin will be subject to a market adjustment mechanism.

The refinancing of Hunter Atla and Hunter Saga is expected to be completed in approximately two months, while hunter Laga will be refinanced in the latter part of the year.

The facility is an accordion feature of the $220 million loan the company secured from the same syndicate in the first quarter of 2020.

The proceeds from the $220 million loan are assigned for funding the final yard instalments for the company’s four newbuild VLCCs, and are drawn on delivery of each vessel.

Completion of the loans makes Hunter Tankers AS the registered owner of all seven vessels.

The remaining two vessels are scheduled to be delivered in July and August 2020.

This news is a total 1758 time has been read
Tags: Hunter Tankers