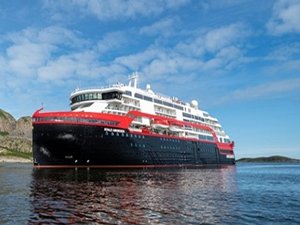 Norwegian government officials and the media are expressing a sense of both betrayal and disappointment at how the situation was handled.

The repercussions are continuing to be felt across Norway after the COVID-19 incidents involving Hurtigruten’s management and cruise ships. Norwegian government officials and the media are expressing a sense of both betrayal and disappointment at how the situation was handled.

In the latest developments, Hurtigruten reported that it has asked its Chairman of the Board and Chief Operating Officer Bent Martini to step down while the investigation is ongoing into how the company handled the outbreak of COVID-19 linked to a passenger who has disembarked its cruise ship the Roald Amundsen. Hurtigruten CEO Daniel Skjeldam said in a statement that the company had initiated the actions as it continued its review and external investigation of the situation.

The incident began on July 29 when it was discovered that a passenger who had disembarked from the cruise ship after a 7-day cruise to the Arctic had tested positive for the virus. Four crew members also aboard the ship reported feeling unwell at around the same time and were moved into isolation. Health officials informed Hurtigruten of the situation but the company failed to notify the passengers and crew on the ship and implement precautions. The company continued to delay the notification, and according to some reports attempted to hide the situation possibly going back on a promise to the Norwegian officials. Further, the passengers aboard the current cruise were permitted to disembark on July 31 before the announcement of the outbreak setting off an effort across Norway to do contact tracing and locate nearly 400 passengers from the two cruises.

Martini was asked to temporarily step aside after he admitted to the Norwegian media that he had been aboard the Roald Amundsen on vacation with his family during the July 24 cruise. He declined to say when he had become aware of the COVID-19 situation and what his role was if any in the timing of the public announcement.

CEO Skjeldam was later forced to admit that the company had made mistakes and failed to follow its protocols. He apologized to the passengers, crew, and people of Norway and promised a full investigation into the situation. Hurtigruten hired DNV to conduct an external investigation of the situation, but in the face of continuing criticism and an investigation by the Norwegian police, it was also learned that Hurtigruten has retained a maritime law firm. The company has made no public statements since last Friday.

Hurtigruten’s chief commercial officer, Asta Lassesen, was named interim chairman and will also take direct responsibility for the investigations. At last report, a total of 62 people had reportedly tested positive for the virus including 41 crew members and 21 passengers between the two cruises on the Roald Amundsen. Passengers from the second cruise are nearing the end of the self-isolation that Norwegian officials requested and at least 40 passengers were reported to have remained in Tromso, Norway after disembarking the cruise. Hurtigruten also tested passengers on two other cruise ships and suspending its expedition cruises as of last week.

In the meantime, Norwegian officials have also been warning the country about a rise in the number of cases of COVID-19 asking people to increase their precautions while slowing some of the efforts to reduce COVID-19 related restrictions. The cruise ship is being cited as one of several situations that might have contributed to the increase in cases. Norway is also suspending cruise ship calls in its ports for two weeks while it investigates the Hurtigruten situation.

This news is a total 2083 time has been read
Tags: Hurtigruten's COVID-19 Fallout Continues