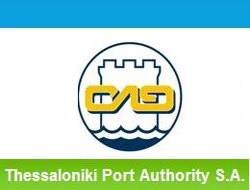 HONG Kong-based Hutchison Port Holdings says that an HPH-led consortium has been named the preferred bidder by the Board of Thessaloniki Port Authority for the development of new container facilities at the Port of Thessaloniki.

HONG Kong-based Hutchison Port Holdings (HPH) says that an HPH-led consortium has been named the preferred bidder by the Board of Thessaloniki Port Authority for the development of new container facilities at the Port of Thessaloniki.

HPH has offered euros419m ?representing the present value of the guaranteed portion of the annual fees over the entire 30-year concession period?. It says there would be other charges such as annual rental fees for the docks.

Thessaloniki, Greece"s second-largest container port, is located in the north of the country. HPH says in a statement: ?This location ensures the port will benefit from the economic development of the Balkan countries and their accession to the EU, especially in terms of transit cargo. Development of the local hinterland is also expected to have a favourable effect on growth.? HPH's group managing director John Meredith says: ?We are pleased with the port authority"s decision and support the government"s long-term plan to develop a modern container-handling facility at Thessaloniki. Building on recent strong throughput growth and the rapid development of the hinterland, the port is well-positioned to be a gateway to the Balkans.?

This news is a total 974 time has been read