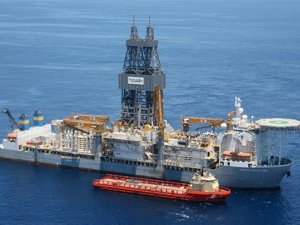 The drillship will be deployed for a drilling campaign offshore the Republic of Guinea in the second quarter of 2017. The contract allows Hyperdynamics to extend to include as many as three further follow-up wells at the same terms and conditions.

The Pacific Bora recently completed a long-term contract for a major American multinational energy company offshore Nigeria and it is expected to arrive shortly before the company’s target spud date for the Fatala 1 well.

The chartering rate of the drillship is $225,000 per day and the agreement is subject to a definitive contract being signed no later than November 29.

This news is a total 4122 time has been read
Tags: Hyperdynamics takes Pacific Drilling drillship