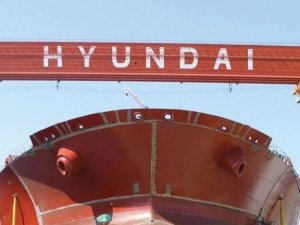 South Korea’s shipbuilding giant Hyundai Heavy Industries (HHI) has reached a tentative agreement with the labor union on the wage and collective bargaining agreement for the year 2014.

According to the tentative agreement, HHI employees would receive a basic pay of KRW 37,000 (USD 33.36), representing a 2 percent increase; a one-off bonus of KRW two million (USD 1,800) plus company shares equal to 150 percent of their pay; KRW 10,000 (USD 9) increase in their ”job environment allowance”; and a 700% bonus as included in their ordinary wage.

The tentative agreement will take effect subject to a vote at the General Assembly of the labor union scheduled for early January next year.

HHI saw its first industrial action in 18 years after the unionised workers walked out from a scheduled one hour of extra work after their regular eight-hour shift back in November 2014. The walk-out followed the talks between the two sides over pay increase which had broken off in September 2014 after failure to reach any kind of agreement.

The workers’ initial demands were a 6.5% rise in basic pay and a 250% year-over-year bonus increase.