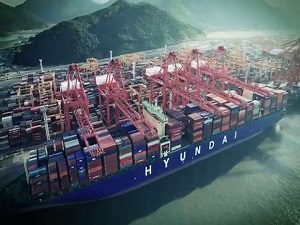 Korean carrier will “put its utmost efforts to stably secure additional cargoes” to fill the 20 ships on order.

Hyundai Merchant Marine (HMM) said it had a net loss of 166.7 billion South Korean won ($148 million) in the third quarter, larger than the 60.3 billion won loss the Korean carrier experienced in the same period last year but an improvement from the second quarter of this year when it lost 242.7 billion won.