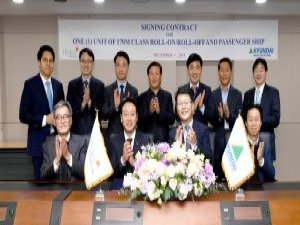 Scheduled to be delivered by the end of Q3 2021, the newbuild will have a gross tonnage of 27,000 tons and a length of 170 meters. The ferry will operate on the Incheon-Jeju route and will be able to accommodate up to 850 passengers, according to Hyundai Mipo.

What is more, the shipbuilder received an order for two liquefied petroleum gas (LPG) carriers from an unnamed Asian company.

The newbuild pair is expected to be handed over to its owner by the end of September 2021, Hyundai Mipo said in a stock exchange filing.

This news is a total 1005 time has been read
Tags: Hyundai Mipo Dockyard, LPG Carrier, RoPax.