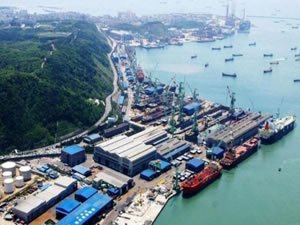 Hyundai Mipo said the reason behind the termination was that the owner was unable to secure charters for the vessels.

VesselsValue data shows that currently there are no car carrier orders at all Hyundai yards at the moment.

The car carrier market is currently undergoing a serious crisis at the moment with as many as one in three car carriers projected to be idled or laid-up this year.