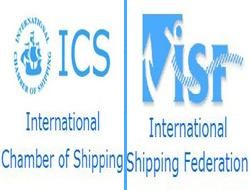 The International Chamber of Shipping (ICS) and the International Shipping Federation (ISF) held their Annual General Meetings in Hong Kong , from 6-9 June, at the invitation of the Hong Kong Shipowners’ Association in the year of its 50th anniversary.

The representatives of national shipowners’ associations from 40 countries discussed a number of important regulatory issues:

ICS/ISF members firmly welcomed the proposal by the Secretary General of the International Maritime Organization (IMO) for a ‘Cross-government industry- scientific working group’ to evaluate the strategy to be adopted by IMO for further reducing ships’ air emissions.

“Our meetings agreed that national shipowners’ associations should strongly encourage their governments to support this helpful proposal at the important meeting of the IMO Marine Environment Protection Committee in July.

‘We are very pleased that, at this stage at least, it appears to have been acknowledged that IMO should not opt for a simplistic solution without a proper analysis of the implications including, we hope, the parallel issue of CO2 emissions.

However, our meetings also recognised the urgency and political imperative of IMO adopting more stringent air emission standards as soon as possible no later than early 2008 – a point recently underlined by our discussions with the Environment Directorate of the European Commission. We must discourage unilateral and regional action, and the IMO study must be conducted speedily to identify the best practical means for delivering maximum net environmental benefit.”

“The long term goal of ICS and ISF members, once the technology needed is available, is near zero emissions with regard to air pollution from ships, greatly reduced CO2 emissions, and a neutral overall impact on the environment as a whole. In the meantime, we are firmly committed to working with governments, through IMO, to deliver the best possible interim solutions.”

The meetings confirmed the opposition of ICS/ISF to the draft EU Directive on the Civil Liability and Financial Securities of Shipowners, which would introduce more stringent rules for ships flagged in States not party to the 1996 Protocol to the IMO Limitation of Liability for Maritime Claims Convention. The draft Directive introduces ‘gross negligence’ as conduct barring limitation; and a requirement for all ships trading to Europe to furnish certificates of financial responsibility issued by EU Members States instead of P&I Clubs’ certificates of entry as required by IMO Guidelines.

“It is very much hoped that EU Member States will continue their opposition to this ill-considered EU Directive which will dilute the ability of shipowners to limit their liability, in conflict with principles established by IMO, and which adopts the mistaken premise that unlimited liabilities will somehow make the industry safer and more responsible. It would be wrong to confuse the concepts of liability with punishment, and to damage the tried and tested international system of compensation whereby claimants receive prompt payments without drawn out legal arguments.”

The meetings expressed their deep concern about the recent hijacking of the Danish flag ship “Danica White” and the kidnapping of its crew in international waters off the coast of Somalia.

“Our meetings decided that I should urgently contact the IMO Secretary General about the unacceptable threat to shipping in the waters off Somalia.” said Mr. Polemis. “We will be urging that he uses his influence to ensure that the problem of armed attacks remains high on the agenda of IMO.”

Additional information about the issues discussed can be found in the ICS/ISF Annual Review 2007, published to coincide with the ICS/ISF AGMs, which can be downloaded at www.marisec.org/annualreview.

This news is a total 701 time has been read