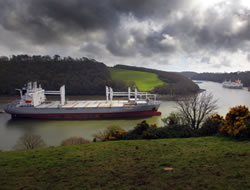 THE number of idle containerships in the worldwide fleet stands at 84 vessels with a total capacity of 185,000 TEU, including 23 carrier-controlled ships.

This is the lowest number of idle containerships since November 2008, according to Alphaliner, which attributed the decline in idle tonnage to shipping lines making preparations to deploy the vessels in new service strings this summer.

It also predicts that most of the idle carrier-controlled vessels will "resume trading in the coming weeks."
The report noted that the total number of idle box ships include vessels that are "over-aged," damaged or have been seized, and also includes "mothballed US-flag ships," it said.

This news is a total 5818 time has been read