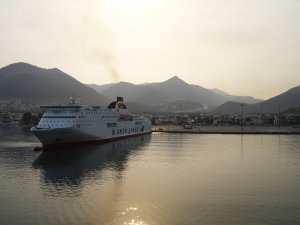 The European Commission has approved Greece’s plans to grant EUR 47.3 million (USD 52 million) of public support for the construction of a new quay in the ferry port of Igoumenitsa on the north-west coast of Greece.

As informed, the aim of the project is to decrease congestion, harmful emissions and the risk of accidents, by relocating the port’s international activities to a new quay situated out of the city of Igoumenitsa.

After assessing the measure under EU State aid rules, the commission found that the public support was proportionate and necessary for the implementation of the investment.

Furthermore, the commission considered that Igoumenitsa, while being a relatively small port with limited transport volumes at the EU level, is part of the core trans-European transport network(TEN-T).

“The commission concluded that the public support is in line with EU State aid rules, as it will further the construction of EU priority transport infrastructure and reduce safety risks for passengers without unduly distorting competition in the Single Market,” the EC said in a statement.

The port of Igoumenitsa is geographically the closest Greek port to Italy and the Balkan countries. Annually, 2,5 million passengers and about 250,000 trucks are moving from the port.

This news is a total 464 time has been read
Tags: European Commission, Greece, port of Igoumenitsa.