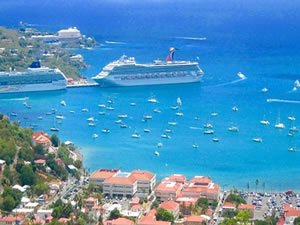 The two United Nations’ organizations said they were seeking to encourage the cruise industry and governments to continue their efforts to enable cruise ship operations to resume safely.

The International Maritime Organization and the World Tourism Organization joined together to issue a joint statement in support of the cruise industry.

The two United Nations’ organizations said they were seeking to encourage the cruise industry and governments to continue their efforts to enable cruise ship operations to resume safely.

The two organizations added their support to other world organizations, unions, employees, and trade groups all calling for the resumption of cruising.

These efforts, however, come at a time where new government restrictions aimed at containing and mitigating the virus have hindered the cruise industry’s efforts to maintain and further resume sailing.

In a joint statement issued on November 5, the IMO and WTO highlighted the importance of the cruise sector for the world economy.

They believe that tourism is vitally important for island states, where it sustains millions of livelihoods and brings substantial socio-economic benefits.

The two UN agencies also recognized in their statement the efforts made by the industry, countries, and international organizations to protect the safety, health, and well-being of passengers and crew, as well as the health of the population of destination port states of cruise ships. Since cruise operations were suspended worldwide due to the COVID-19 pandemic, they noted that the industry has been reviewing and enhancing its protocols to identify ways to go further in protecting the health of passengers, crew, and the general public.

As such, the IMO and WTO believe the groundwork has been set to permit the resumption of cruising. The joint statement invites governments to use the guidance on the gradual and safe resumption of operations of cruise ships in the European Union shared by the IMO to facilitate the recovery of the sector under safe conditions.

They also recognized the three framework documents, for operators, passengers, and seafarers, developed by the United Kingdom’s Chamber of Shipping together with the Cruise Lines International Association.

The IMO and WTO emphasized their belief that the resumption of cruise ship operations will benefit the wider maritime community.

They noted that passenger ships participate in the automated mutual-assistance vessel rescue (AMVER) and are often requested by rescue coordination centers to offer assistance to ships in distress at sea.

The two organizations also recognized the crew members working aboard the cruise ships, and all vessels, reiterating their call to Governments to designate all seafarers and marine personnel as key workers and remove any barriers to crew changes.