IMO Calls Out Charterers’ Use of ‘No Crew Change’ Clauses 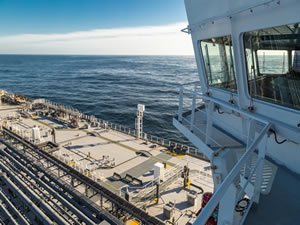 The International Maritime Organization (IMO) is calling out charterers over the use of “no crew change” clauses and says the controversial practice is exacerbating the on-going crew change crisis.

The so-called “no crew change” clauses, which are demanded by certain charterers, state that no crew changes can occur while the charterers’ cargo is on board, thereby prohibiting the ship from deviating to ports where crew changes could take place.

In a statement issued Monday, IMO Secretary-General Kitack Lim denounced the use of the clauses and called on shipowners and operators to reject charterers if they are requested.

“Such clauses exacerbate the mental and physical fatigue among exhausted seafarers, undermine compliance with the provisions of the Maritime Labour Convention, 2006, as amended (MLC, 2006) and further threaten the safety of navigation”, Secretary-General Lim said.

“Resolving the crew change crisis requires the best efforts of all stakeholders. The elimination of the use of ‘no crew change’ clauses is just one of those efforts”, the Secretary-General added.

With the crew change crisis now in its tenth month, as many as 400,000 seafarers remain on board ships working beyond the expiration of their seafarer employment agreements, some not being paid and all unable to be repatriated. A similar number remain stuck ashore, unable to work and resulting in a lost wages.

As of last December 18, a total of forty-six IMO Member States and one Associate Member had signed on to designate seafarers as key workers, granting them exempt from certain COVID-related travel restrictions and allowing them to travel and be repatriated.

Industry-developed framework of protocols for ensuring safe crew changes and travel during the pandemic have gained some ground with endorsement by the Maritime Safety Committee and circulated as MSC.1/Circ.1636.

“The situation continues to constitute a humanitarian crisis that threatens not only seafarers’ health and wellbeing but also the safety of navigation and the uninterrupted flow of the global supply chain”, Mr Lim said, adding: “policies or practices that prevent or inhibit safe, regular crew changes should be revised or eliminated.”