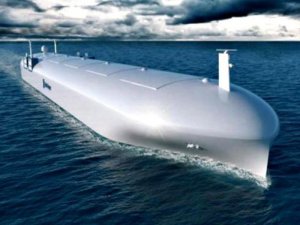 As might be expected, one of the things that emerged was another piece of jargon: Maritime Autonomous Surface Ships (MASS).

Last year at MSC 98, the IMO agreed to initiate a scoping exercise to assess how adequate the existing international conventions, such as SOLAS, would address advances in autonomy. At MSC 99, discussions focused heavily on how to conduct the scoping exercise and initiated efforts to better inform the project at the committee’s next session this December.

Some key takeaways from the discussions at MSC 99 include:

A working group established terms and definitions for use in conjunction with the scoping exercise only.
The scoping exercise will identify provisions relevant to autonomy and determine how these provisions may be addressed. It is important to note that the scoping exercise is not developing text to amend existing regulations, simply identifying how, and which, may need to be amended.
A working group developed a process to conduct the scoping exercise, which will undergo a trial from now until December, when MSC 100 convenes. The scoping exercise will begin next year incorporating lessons learned from the current trial.
MSC invited states and international organizations to submit proposals on the development of interim guidelines for trials of autonomous ships in international waters to MSC 100.
The Coast Guard believes these steps are critical to the successful development and deployment of advanced automation in the marine transportation system. As these technologies become more prolific in the maritime industry it is crucial that regulatory bodies proactively manage existing standards. These early steps by the IMO ensure the continued protection of lives and the environment as the technologies leveraged by the industry continue to become more complex.

This news is a total 807 time has been read
Tags: IMO discussions on autonomous ships: the takeaways