IMO Plans To Ban The Carriage of High Sulfur Fuel 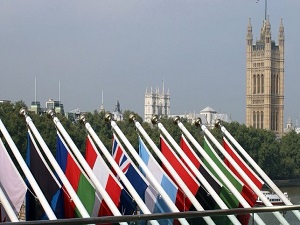 The member state delegates of the IMO's Marine Environment Protection Committee (MEPC) have formally adopted an amendment to ban the carriage of high sulfur HFO for on-board combustion, except aboard vessels equipped with a scrubber.

The move was widely expected, and the regulation will enter into effect on March 1, 2020. The IMO says that the amendment is intended to support implementation, compliance and port state enforcement of the new IMO fuel sulfur limit, which will cap sulfur content at 0.5 percent beginning in January 2020. Earlier this week, Bangladesh led an attempt to delay the carriage ban amendment, citing the high cost of low sulfur fuels and concerns about their availability. The proposal was rebuffed by the majority of member states.

Separately, a group of industry associations for the liquid and dry bulk sectors, supported by the largest flag states, asked MEPC to consider a soft rollout for the sulfur cap in order to avoid "unduly penalizing individual ships" for noncompliance. MEPC turned down this proposal on Wednesday.  IMO Secretary General Kitack Lim has repeatedly said that shipping cannot reverse course on the implementation of the limit on fuel sulfur content. High-sulfur fuels form hazardous levels of sulfur oxides (SOx) after combustion.

“There is no turning back! The lower global sulphur limit will have a significant beneficial impact on the environment and on human health, particularly that of people living in port cities and coastal communities," Lim said in February. The rule is also expected to drive significant price changes in the markets for middle distillates and heavy fuel oil, with implications for the broader transport sector and for consumers.