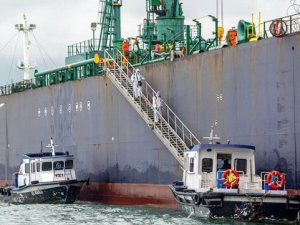 In an op-ed published in The Wall Street Journal, Secretary-General of the International Maritime Organization Kitack Lim reiterated his call for all nations to make reasonable accommodations for crew changes.

Highlighting that more than 80 percent of the global trade is delivered by sea, the Secretary-General emphasized the vital contribution of over 1.5 million seafarers saying, “Even in good times, seafarers are unsung heroes of the global economy. Their work is physically and mentally demanding, lonely, and remote.”

The opinion piece goes on to detail the strains that have been placed on seafarers during the global pandemic. He points out that many seafarers involuntarily had their contracts extended to May and again to June because travel and visa restrictions and limitations imposed by governments have meant that replacement crews could not get to the ships.

Saying that further extensions of these seafarers contracts would place an undue burden on the crews potentially jeopardizing the safety of navigation, he renewed the IMO’s call urging the recognition of seafarers as “key workers.” The IMO is also calling for the removal of travel restrictions to permit crew changes sending current crew members home and enabling new crews to come aboard to earn their wages.

“I strongly support and urge all governments to implement the industry-developed protocols to ensure crew changes can occur safely and efficiently. Not only is this essential to maintain the global supply chain, for humanitarian reasons crew changes cannot be postponed indefinitely,” he says in the op-ed.

This is just the latest action by the IMO, which has been very active in seeking to raise awareness of the burdens the pandemic put on seafarers.

As early as March 2020, the IMO began stressing the vital need to maintain commerce by sea and protect seafarers' welfare in the face of coronavirus shutdowns. They urged regulators and world governments to adopt a “practical and pragmatic approach, in these unusual times, to issues like crew changeovers, resupply, repairs, survey and certification and licensing of seafarers.”

The IMO joined with a broad cross-section of industry associations, including other UN organizations, labor representatives, and private industry, in calling on governments to designate professional seafarers and marine personnel, regardless of their nationality, as "key workers" providing an essential service.

Secretary-General Lim also issued an impassioned personal message to seafarers around the globe saying, “You are not alone. You are not forgotten.”

While there has been some progress on addressing the issues that are preventing crew changes and some countries have amended their restrictions to permit the movement of crew, the Secretary-General in his op-ed highlights that “tens of thousands of the world’s 2 million seafarers remain stranded at sea.”

This news is a total 30401 time has been read
Tags: IMO Secretary-General Reiterates Calls for Crew Change in WSJ Op-Ed