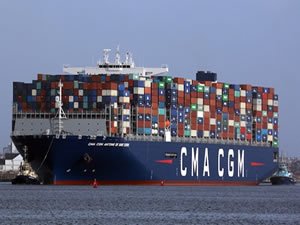 CMA CGM’s eBusiness website remains down one week on from a ransomware attack, while the website of the United Nations agency, the International Maritime Organization (IMO), is back up and running, having been the victim of a cyber attack on Wednesday.

A number of IMO’s web-based services became unavailable on Wednesday.

The systems impacted included the IMO public website and other web-based services.

“The interruption of web-based services was caused by a sophisticated cyber-attack against the organization’s IT systems that overcame robust security measures in place,” the IMO said in a statement on Friday.

IMO has ISO/IEC 27001:2013 certification for its information security management system.

IMO was the first UN organisation to get this certification in 2015.

The IMO headquarters file servers are located in the UK, with extensive backup systems in Geneva.

The backup and restore system is regularly tested. Following the attack the secretariat shut down key systems to prevent further damage from the attack.

CMA CGM, meanwhile, continues to struggle to fully get back on track, with social media posts showing increasing irritation from customers at the limited communication from the French liner.

The last update from CMA CGM came on Friday evening.

The company’s worldwide agency network is gradually being reconnected, it said, adding that two subsidiaries – Mercosul and Containerships – are once again fully operational.

Other subsidiaries such as APL, CNC as well as the group’s online booking system remain down however.

CMA CGM has just announced it has appointed the former head of IBM France to take on the group’s digital initiatives.

Nicolas Sekkaki has been appointed executive vice president IT, digital and transformation.

This news is a total 35638 time has been read
Tags: IMO site back up while CMA CGM struggles to get back online