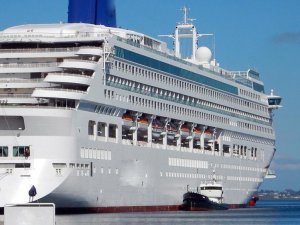 The revisions to the International Convention for the Safety of Life at Sea (SOLAS) chapter II-1, relating to subdivision and damage stability, follow a substantive review of SOLAS chapter II-1, focusing in particular on passenger ships.

The review has taken into account recommendations arising from the investigation into the 2012 Costa Concordia incident.

The revised requirements are among a set of amendments set for adoption by IMO’s Maritime Safety Committee (MSC) which meets from 7-16 June.

Also up for adoption is the latest set of amendments to the International Maritime Solid Bulk Cargoes Code (IMSBC Code). Other items on MSC’s agenda include goal-based standards, maritime security, including cyber security, and adoption of new and amended ships’ routeing measures.

The MSC will also consider proposals for IMO to begin a scoping exercise to determine how the safe, secure and environmentally sound operation of autonomous ships might be introduced into IMO instruments.

This news is a total 854 time has been read
Tags: IMO to Adopt Passenger Ship Safety Amendments