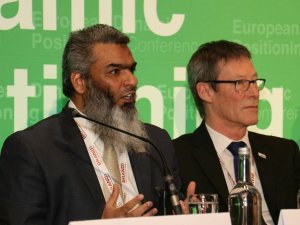 Oil Companies International Marine Forum (OCIMF) technical advisor Faisal Rashid said energy companies were interested in improving DP operations and reducing risk. “When vessels are within the 500-m zone, oil and gas companies take on the risk and we need to know how safe the vessel is and how it is operated in that zone,” said Mr Rashid.

Part of this assurance comes from vessel owners and shipyards writing and using effective failure mode effect analysis (FMEA) reports and guidance for DP operators on how to tackle emergency situations.

Mr Rashid expects OCIMF will publish new guidelines for DP system FMEA assurance on its website in June 2020. “This document is still under review, but it will be like a client checklist for the offshore industry,” he said.

“The quality of FMEA needs to be enhanced and we need to raise awareness of the importance of properly setting alarm points and having clear alarm messages,” said Mr Såtendal. “There also needs to be a strengthening of the DP system integrator’s role during commissioning,” he added.

This occurred on 7 June 2019 after a thruster failure and loss of DP on Sjoborg resulted in the PSV being pushed towards the platform by prevailing weather. That resulted in damage to facility lifeboats and 17 days of delays in returning Statfjord A back into production from a planned shutdown period.

“The other thrusters could not hold its position,” said Mr Såtendal. “As the PSV was on the weather side of Statfjord A, the vessel drifted into the installation.”

He said there was no alarm from the blackout safety system prior to the thruster failure, which would otherwise have given the crew time to terminate DP operations within the 500-m safety zone around the offshore platform.

Additionally, crew were inundated with alarms from the engineroom, vessel propulsion and bridge systems. Between 18 May and 7 June there were 116 prediction alarms raised on the PSV.

International Marine Contractors Association (IMCA) said there were 125 reported DP issues during 2019, down 15% from the year before. Of these 75 were reported as undesired events, 19 were DP incidents and were 31 observations of DP operations issues.

IMCA technical advisor Reza Yaghoobi said the main cause of these issues was “loss of thruster and propulsion” while secondary causes included electrical issues. The most common DP operations where issues occurred involved cargo loading and unloading operations offshore.

Of the 125 issues reported to IMCA last year, 43% were stemmed from human error, hence the importance of improving DP operator competence.

During the conference, Nautical Institute launched its third edition of the DP Operators Handbook, which provides advice on DP principles and systems, redundancy and equipment class, operational planning and watchkeeping and operator training and competence requirements. There are also sections on position reference systems, propulsion and thrusters, power plant and DP controls.

TechnipFMC marine superintendent Vicky Gren agreed that vessel operators needed to invest in training for DP competence: “DP competence is about investing in people,” she said, adding that such training should focus on ensuring drills are realistic and preparing DP operators for incidents on board.

She said: “Competency is about safety of personnel, vessels and the environment. It is remaining ready for emergency situations and exposing people to potential challenges to provide better services to clients.”

Simulation training improves DP operator competence by enabling them to test their skills in different scenarios. Simwave technical manager Cinthya Lopes said that using simulators allowed DP operators to practice in a safe environment and to broaden their knowledge and performance.

However, she noted that DP engineers should also undertake simulation training on maintenance courses to reduce risk of equipment and system failures.

“What about training both DP operators and engineers together on the same course?” Ms Lopes suggested. “They can get an overview on how systems work and familiarisation training together.”

DP applications outside of the oil patch

DNV GL segment director for special ships Arnstein Eknes thinks future demand for DP systems will come from aquaculture and passenger shipping and noted existing installations on cruise ships. “We expect DP on ferries and cruise ships, although they may not need classed DP,” he said at Riviera Maritime Media’s European Dynamic Positioning Conference. “DP will also be needed on fish-farm support vessels and we are seeing more DP2 on shuttle tankers.”

Mr Eknes anticipates an acceleration in the deployment of DP systems on windfarm support vessels and walk-to-work (W2W) vessels and said that in the long-term, DP would be required for seabed mining vessels and port vessels.

At the conference, Kongsberg Maritime DP product advisor for maritime operations Kristian Ivar Øien said DP systems on ferries will enable automatic unberthing, transit and docking. The first trial of such technology is taking place on a ferry sailing between Horten and Moss in the Oslo Fjord, Norway.

“Passenger ferries is a new market for DP with autonomous operations, but with humans in the loop responsible for monitoring operations and [who] can take over if there are any issues,” said Mr Øien.

He expects to see more use of DP for the remote control of vessels from onshore control centres. “It can be a one-to-one operator station or more interestingly, one person remotely controlling multiple vessels,” said Mr Øien.

“LNG bunkering has similar rules as OSVs,” said Mr McKnight. “Hoses go across to vessels transferring hazardous cargo, so there is a need for DP systems.”