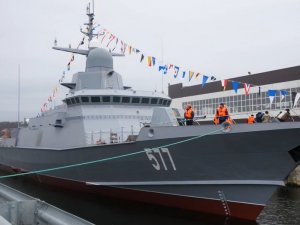 There are also favourable changes in the social sphere. New and renovated barracks, canteens and sports complexes are being put into service. Hundreds of military personnel and their families celebrated housewarming in service and acquired property apartments. The provision of permanent housing is carried out under the programs of subsidies and mortgage lending. In total, this year about 500 apartments and individual residential houses for military personnel were purchased.

This news is a total 994 time has been read
Tags: Russian NAVY, Baltic Sea. , "Sovetsk"