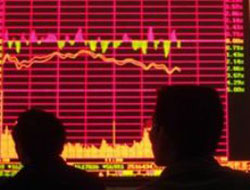 The cost of shipping bulk commodities such as iron ore, coal or grains on Thursday tumbled to its lowest level in more than six years as recession fears intensified and the difficulty of obtaining trade finance left many ships without any cargo.

The Baltic Dry Index, a benchmark for shipping costs and seen as an indicator of global economic activity, fell 6.75 per cent to 1,506 points, its lowest level since November 2002. The index has plunged 53.2 per cent since the end of September.

The average daily cost for the largest dry bulk vessels ? known as Capesize and used mostly to ship iron ore from Brazil and Australia to China ? on Thursday sunk 11.4 per cent to just $11,580 a day.

Steve Rodley, director of the London-based shipping hedge fund Global Maritime Investments, said some vessels were anchoring, waiting for better times, while some shipping companies were thinking about scrapping their older vessels.

?The whole shipping market has crashed,? Mr Rodley said. ?But the biggest ships are suffering particularly,? he added.

?In the near term, the Chinese economy is pausing for breath. China is not completely insulated from an OECD recession and we will see an impact on Chinese exports,? he said.

The index"s latest fall follows several weeks when the short-term spot market on which the index is based has seen very little activity because of the current difficulty in arranging letters of credit, a key trade finance instrument.

Peter Norfolk, director of research and consultancy at London-based Simpson, Spence and Young shipbrokers, said: ?You face continued freezing of activity because of the problems with credit in particular.?

Although it is traditionally regarded as one of the safest forms of financial activity, rates for trade credit have risen sharply in recent months as banks have withdrawn facilities to bolster their own liquidity.
Shipowners are suffering from banks" reluctance to issue letters of credit, normally straightforward instruments used to assure a shipper of payment for a cargo after it is loaded on to a ship, but before the buyer receives it.

There was also a continued stand-off between Brazilian iron ore producers seeking to raise prices and Chinese steel mills now cutting production and using up stockpiles in retaliation.

?All of this means that, in a very short space of time, we have very little chartering activity,? Mr Norfolk said.

?There"s even talk of owners laying up tonnage because the market is so weak.?

London-based brokers added that some charterers where defaulting on their contracts and returning the vessels to their owners due to lack of demand.

The Baltic Dry Index has fallen 86 per cent from May"s all-time high of 11,893 points. The tanker market for crude oil shipment has also been hit by lower prices.

This news is a total 1178 time has been read