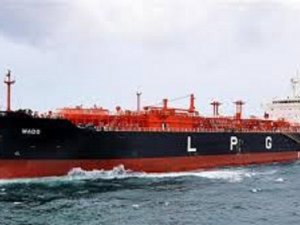 After aborting the plan of building LNG carriers locally, the Indian Government has turned its focus to construction of liquefied petroleum gas (LPG) tankers at domestic shipyards.

While the idea is at a nascent stage, the discussions are driven by the market which has  good potential for LPG carriers in India.

Currently, the south Asian nation is one of the world’s largest LPG import markets after China and Japan. The idea was flagged off at a high-level meeting called by the Government in December to discuss a long-term perspective for shipping infrastructure development.

With Varun Resources Ltd, India’s biggest owner of LPG ships, facing bankruptcy proceedings, fleet owners such as SCI are looking to expand their LPG fleet to tap the potential from State-run oil firms.

PSUs are mandated to extend a so-called right of first refusal (RoFR) to domestic shipowners. If the latter are not the lowest bidder in tenders floated by the PSUs to haul their cargo, they are offered an opportunity to match the lowest rate quoted by a foreign shipowner and take the contract.

Similarly, Indian shipyards have an RoFR on purchases by government departments and agencies, including State-run firms, according to a 10-year financial assistance policy for shipyards that took effect on April 1, 2016.

The policy mandates that even if the local shipyard is not the lowest bidder in a tender issued by a Government department/agency/PSU, it can match the lowest foreign bid and secure the contract. The Indian Government is looking to dovetail the two features to help India get started in LPG ship construction.

Last year, Singapore’s BW LPG and India’s Global United Shipping set up an equal joint venture to own and operate gas ships for transportation of LPG within Indian waters. The shipping industry, though, is sceptical of the government move to build LPG ships locally.

LPG ship construction might take a little lesser time than LNG ones, but the gestation period is still pretty long.  “Cryogenic ship construction in India would, in any case, take a long time. Foreign yards will give delivery of a vessel in 30 months, whereas Indian yards will take a longer time to deliver the first ship because they have to start from scratch,” an industry expert said.

This news is a total 3278 time has been read
Tags: India Contemplates Building LPG Carriers Locally