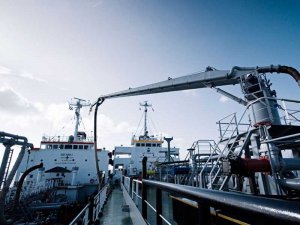 India is looking to promote the development of methanol as a marine fuel, so that it is not reliant on imports.

Shipping minister Nitin Gadkari has revealed the government has been studying methanol for ships as it can be an import substitute, cost effective and pollution free.

On inland waterways, the government had been looking at an LNG bunkering network, bu it is now looking to favour methanol.

Among shipping lines globally, Stena from Sweden has been the most proactive forerunner to adopt methanol as a ship fuel. The Swedish owner maintains ships running on methanol can remove more than 90% of sulphur oxide and particulate matter, and emit 60% less nitrogen oxide, compared to regular bunker fuel.

This news is a total 874 time has been read
Tags: India eyes methanol as bunker alternative