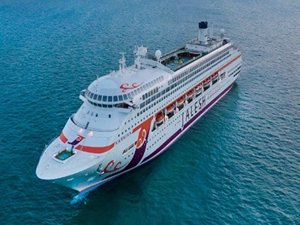 The Indian Government announced plans to permit cruising to resume starting October 1 as part of its “Mission Begin Again” initiative designed to restart the economy.

The decision comes as the country continues to work to control COVID-19 having just recently announcing that the number of cases might be plateauing and that the mortality rate has begun to decline.

aking advantage of the decision to permit cruising to resume, India’s only large ocean-going cruise line, Jalesh Cruises, announced plans to resume operations on November 6, 2020. Founded in 2019, the company was working to build India’s domestic cruise business when the pandemic struck. The company’s one cruise ship, the Karnika, has been in India since March but was detained in the late spring in a dispute with its bunker supplier over unpaid bills.

Becoming one of the first cruise companies with a definitive restart date, Jalesh announced that it will incorporate testing into its plans to ensure the safety of passengers and crew. The line said it will offer all passengers free rapid COVID-19 and all other flu-related testing at the time of embarkation. According to the announcement, passengers will receive their test results in 15 minutes so that they can board the ship without fears or worries and set sail.

"The announcement by the Indian Government to permit sailing by cruise companies comes as a fresh breath of air to all of us,” said Jurgen Bailom, president and CEO of Jalesh Cruises. “We have been waiting to set sail with passengers and we eagerly await November. The health and safety of our passengers and our crew has been and will always be our priority. I would like to reassure our valued guests that they would not find a safer and cleaner ship than Karnika. We eagerly wait to welcome guests on board Karnika with open arms and promise them an experience that will wipe away the gloom of the last few months. Our guests will return home invigorated, refreshed and all charged up after their oceanic voyage."

Acquired from P&O Cruises Australia in 2019, the 70,000 gross ton cruise ship was built in 1990 at Fincantieri. At the time, she was one of the largest cruise ships in the world and was known for her distinctive exterior styling created by Renzo Piano, the Italian architect who also designed the Pompidou Centre. She operated for 12 years with Princess Cruises in the North American market as the Crown Princess before briefly shifting to the German and U.K. markets. She then transferred to Australia where she operated for a decade as the Pacific Jewel before being sold as part of Carnival Corporation’s efforts to modernize and improve its returns in the Australia market.

Based in Mumbai, India, Jalesh offers mostly short 3- and 4-day cruises at sea and visiting local ports such as Goa. After the 2019 launch, management said they planned to add a second cruise ship in 2020 in response to the strong market interest they had generated in cruising. The company’s short cruise approach remaining mostly in local waters is similar to how cruises have restarted in other markets such as German in recent days.

This news is a total 1924 time has been read
Tags: India Permits Cruises to Resume Starting October 1