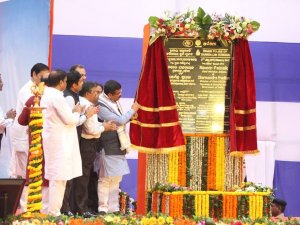 India has taken a step toward increasing seaborne imports of liquefied natural gas (LNG) as the country held a ground breaking ceremony for the construction of an LNG terminal in Bhadrak.

Officials informed that cargoes carried from the US, Canada and Qatar would be delivered to the INR 60 billion (USD 930.3 million) Bhadrak terminal, which will be located at the port of Dhamra. Although India has import terminals in Gujarat and Maharashtra, the new terminal will be the country’s first LNG terminal.

Under the development plans, the LNG terminal will have a capacity of 5 million metric tons per year and is expected to contribute to the process of development and economic growth in eastern India, according to Dharmendra Pradhan, India’s Minister of Petroleum and Natural Gas.

Pradhan further informed that the terminal, which will provide employment and investment opportunities, along with access to clean fuel, is expected to be commissioned by 2020-21.

“Dhamra will be a vital link in connecting Eastern India to the gas infrastructure of the country and will also benefit neighboring countries,” Pradhan said.

This news is a total 1583 time has been read
Tags: India Starts Building LNG Import Terminal in Dhamra