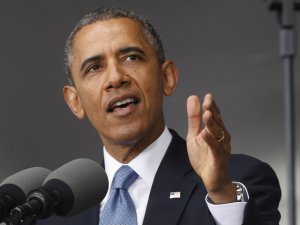 LNG import will be a significant issue on the agenda when US President Barack Obama visits as a special guest for the Republic Day celebrations.

According to a senior oil ministry official, “The country would seek special status or special exemption for the export of LNG from US. The energy ties would boost bilateral trade relations between the two nations.”

In the second bilateral meeting on January 25, among other issues, the leaders will discuss the import of LNG from the US.

The issue gains greater importance since India does not have Free Trade Agreement (FTA) with the US which now exports gas only to the FTA countries.

For a non-FTA country, to import LNG from the US, it has to get approval from the Department of Energy (DOE) and the approvals to non-FTA countries are given on the project-to-project basis.

While the department is required to issue licenses for exporting LNG to countries that share an FTA with the U.S., it holds greater discretion in issuing licenses to export gas to non-FTA countries.

At present, GAIL (India) Ltd has got a project-specific waiver to purchase gas from Cheniere Energy and Dominion Energy. It is the first Asian company to have entered into a long-term agreement with Cheniere for LNG sales and purchase to procure 3.5mt per annum of LNG from Cheniere’s Sabine Pass Terminal in Louisiana for 20 years.

The other names in the fray are Indian Oil Corporation, Reliance Industries and Oil India which have got stakes in the US shale gas projects.

The discussion on the exemption for LNG import from the US attracts significance and urgency against the projected increase in the demand for gas to 517 mscmd in 2021-22 and a comparatively lesser domestic production.