India will impose an import duty of 10 percent on wheat 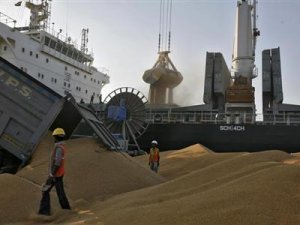 India will impose an import duty of 10 percent on wheat until March 31 next year, Finance Minister Arun Jaitley said on Friday, reinstating tariffs after a gap of eight years following big overseas purchases in recent months.

Reuters reported last week that a decision had been taken after officials from the ministries of farm, food, trade and finance met to discuss ways to curb imports at a time when domestic stocks are ample thanks to seven years of bumper harvests aided by government subsidies.

In June private firms signed deals to import 500,000 tonnes of premium Australian wheat, the biggest such purchases in more than a decade, which led to criticism Prime Minister Narendra Modi’s government was letting farmers down.

Some flour millers in India’s port cities contracted to buy the wheat after rain and hailstorms earlier this year damaged crops, especially high-protein varieties used to make pasta and pizzas.The duty increase, announced on the website of the upper house of parliament (bit.ly/1M9JpCd), could rule out the import of another 500,000 tonnes that had been expected earlier.

A trader in New Delhi said the government may have been forced to move quickly due to fears that some of the 52,500 tonnes of French wheat rejected by Bangladesh over quality concerns could find its way into India.

The trader, who did not want to be named, said at least one of the rejected cargoes was heading towards Tuticorin port in southern India.

“The government didn’t want any rejected cargo to come to India because it would have prompted trading companies to divert the rest of their rejected vessels to Indian shores,” he said.

This news is a total 6924 time has been read
Tags: india, trade, shipping, turkish maritime