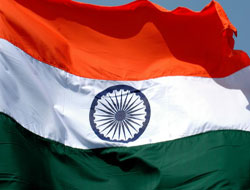 Indian exporters expect to cut about ten million jobs by March as the global recession prompts overseas buyers to cancel orders. "The year 2009 is going to be the worst year in the history," A. Sakthivel, president of the Federation of Indian Export Organisations, told reporters in New Delhi. "Exporters don't have orders beyond January and if the present trend continues, there will be approximately 10 million job losses."
Indian exporters currently employ about 150 million people.

India's exports fell for a second month in November and industrial output contracted for the first time in 15 years in the previous month. That is weakening an economy expected by policy makers to grow at the slowest pace in six years in the 12 months to March.

India will miss its target of $200 billion in exports in the 2009 fiscal year amid weaker demand, Sakthivel said today.

"Exporters are now facing new challenges due to the financial crisis," he said. "Fresh orders are drying up due to lower demand and buyers are cancelling earlier orders or rescheduling the shipments."

Overseas shipments dropped 9.9 per cent to $11.5 billion in November from a year earlier after contracting 12.1 per cent in October, the first decline in seven years. Output at factories and utilities also shrank in December, according to a survey done by ABN Amro Bank.

"The slowdown phase will continue for some months," said N.R. Bhanumurthy, an economist at the Institute for Economic Growth in New Delhi. "Recent monetary and fiscal policies might ensure that industry does not enter a recessionary phase."

Demand for made-in-Asia goods has slumped amid the deepening global economic slowdown.

China's exports in November fell 2.2 per cent, the first decline in seven years. Singapore's exports posted the biggest contraction in more than six years in the same month.

To spur slowing growth, India's government on January 2 unveiled a second stimulus package in a month to inject capital into banks and allow overseas investors to double purchases of debt.

On the same day, the central bank cut interest rates for the fourth time in less than three months.

Growth in the $1.2 trillion economy has slowed for two straight quarters, with the 7.6 per cent pace of expansion in the three months to September 30 the weakest in four years.