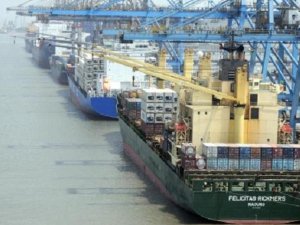 India is to allow crew changes of Indian national seafarers for vessels docked or anchored at its ports a move which could go small way to ease the global crisis.

The move by the Indian government comes despite being embattled over the need to persevere with a countrywide lockdown imposed since 25 March following the outbreak of the COVID-19 pandemic.

A number of Indian seafarers had been stranded on ships docked at, or within the anchorage of, Indian ports. The lockdown restrictions had also prevented seafarers from joining ships for duty.

Home Secretary A K Bhalla said in an order that the sign-on and sign-off of Indian seafarers at the country’s ports would have to conform to a standard operating procedure (SOP) for Indian merchant shipping vessels framed by the government.

In the case of signing-on to the ship, the shipowner or the Recruitment and Placement Service (RPS) agency would identify the Indian seafarers for joining a vessel. The seafarers, on their part, would intimate their travel and contact history for last 28 days to the shipowner or the RPS agency by email, as per procedure laid down by Director General of Shipping (DGS).

Following this, the seafarer would be examined by a DGS-approved medical examiner, as per prescribed guidelines. Post examination, the local authority in the area where the seafarer resides would be intimated about his clearance for sign-on and for issue of a transit pass from the place of residence to the place of embarkation on the shipping vessel.

A transit pass for the seafarer and one driver for movement by road would issued by the government of the state in which the seafarer resides. This pass would be issued for a fixed route, and with a specific time validity.

“During transportation, social distancing and other hygiene norms would have to be followed by the vehicle transporting the seafarer to the destination,” the notification clarified.

A similar procedure has been chalked out at the time of signing-off from the vessel, which has arrived on any of India’s ports. The ship’s Master would be providing to port authorities all the needed details of the seafarers looking to disembark. Here, too, a transit pass would be provided with specified route and within a particular time line to ensure safe transportation of the seafarer.

The order has helped port operations embark on the process of returning to normal after the disruptions due to the Coronavirus pandemic. The country’s largest container port, Jawaharlal Nehru port (JNPT) reported that it had cleared all its vessel backlog, and hence had ample space available. Chennai, the third largest container port in India, stated that it had cleared around 1,758 teu within 24 hours of the crew changes notification.

The order, though, was silent on the repatriation of thousands of Indian seafarers stranded on ships in various overseas locations.