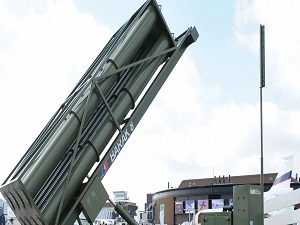 In September this year, BEL announced it received 1.2 billion dollar in contracts from two shipyards to procure Barak missile defense systems for seven Indian Navy ships. The long-range surface to air (LRSAM) system, part of the Barak 8 family, is an operational AMD system used by Israel’s navy as well as by India’s navy, air and land forces.

It provides broad aerial and point defense against a wide range of threats to the marine arena from the air, sea or land. The system integrates digital radar, command and control, launchers, interceptors with modern RF seekers, Data link and system-wide connectivity.

“With this deal, the sales of the Barak 8 over the past few years total over 6 billion dollar ,” Boaz Levi, executive vice president and general manager of systems, missiles & space group said. “This is another evidence of the capabilities of this advanced weapon system, which serves as a central growth engine for IAI.”

“IAI’s partnership with India dates many years back and has culminated in joint system development and production,” Nimrod Sheffer, IAI CEO and president, said. “India is a major market for IAI and we plan to protest and reinforce our positioning in India, also in view of increasing competition.”

Barak-8 was developed by IAI in collaboration with Israel’s defense ministry, India’s DRDO (Defense Research and Development Organization), the navies of both countries, IAI’s ELTA Group, RAFAEL and local industries in India and Israel.