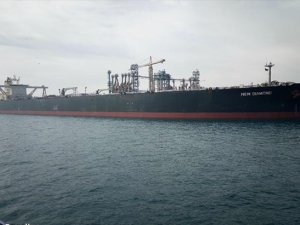 A fully loaded oil tanker has caught fire off the east coast of Sri Lanka, which has dispatched an aircraft and two navy ships to help in the rescue, a Sri Lankan navy spokesman said on Thursday.

ICG ships and aircraft have been deployed for immediate assistance, the Indian Coast Guard (ICG) said on Thursday.

According to independent reports, the crude oil carrier has over 2,00,000 metric ton cargo. Captain Indika de Silva, Sri Lankan Navy's spokesperson told local publications that the fire began in the engine room and the crew had been making attempts to bring it under control.

Maritime route monitoring websites indicated that the vessel was heading to Paradip Port in India and was carrying crude oil from Kuwait.

The fire and damage are likely to cause massive environmental damage and Sri Lankan Air Force has already dispatched aircraft and maritime assets for surveillance and disaster relief mission.

According to 'Marine Traffic', the vessel departed from Mina Al Ahmadi in Kuwait on August 23 and was slated to reach Paradip on September 5. The crude oil tanker, built 20 years ago is currently sailing under the flag Panama.

The vessel is 333-metre long and 60-metre wide. This story is being updated...

This news is a total 2305 time has been read
Tags: Indian Oil Corp-chartered oil tanker catches fire off Sri Lanka