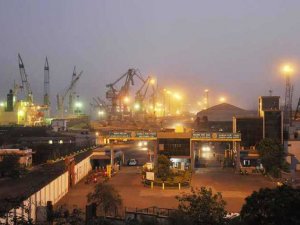 India's largest port in terms of cargo throughput has been renamed.

Kandla Port, located on the Gulf of Kutch in Gujarat, will now be known as Deendayal Port in honour of one of India's most famous politicians. The port notched up a nationwide leading throughput of 105m tonnes last year.

Current prime minister Narendra Modi has made no secret of his admiration of Pandit Deendayal Upadhyay, comparing him in stature to the likes of Mahatma Gandhi. Upadhyay founded the forerunner of Modi's current ruling party, Over the past year there have been many celebrations of Upadhyay's 100th birth anniversary.

''Pandit Deendayal Upadhyaya is our inspiration,'' Modi wrote a couple of years ago. ''From his life, we learn how an individual completely devoted himself to the well being of the nation and the service of the poor. As a political organiser, his work was legendary. Without getting trapped in the lure for power he continued to work, selflessly.''

This news is a total 535 time has been read
Tags: India's largest port renamed