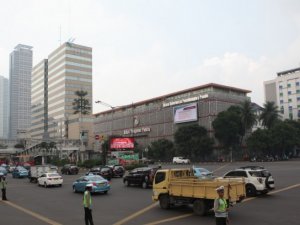 Jero Wacik found guilty of graft when serving as culture and tourism minister, energy and mineral resources minister from 2004-2014

An Indonesian court sentenced former energy and mineral resource minister Jero Wacik to four years in prison Tuesday for multiple acts of corruption between 2004 and 2014.

The Jakarta Corruption Court found Wacik guilty of graft when serving as culture and tourism minister and energy and mineral resources minister.

Judge Sumpeno -- many Indonesians use only one name -- also ordered Wacik to pay back the around Rp 5 billion ($366,241) he was ruled to have caused in state losses, along with a fine of Rp 150 million.

"If he is not able to pay it within one month, we will seize his wealth," Sumpeno added, according to Kompas.com.

He added that Wacik -- a Democratic Party politician -- would also serve a further three months in jail if he failed to pay the fine.

Prosecutors had demanded a nine-year sentence and a fine of Rp 350 million.

This news is a total 2731 time has been read
Tags: Indonesian court sentences minister for corruption, Turkish, Maritime