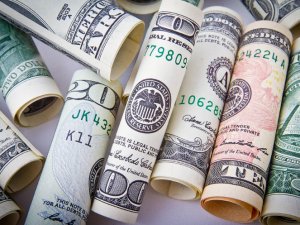 Shipping heavyweights have proven yet another time their fierceness in the fight to preserve liquidity with several major deals being announced today totaling in over USD 1.4 billion.

Owner and operator of LNG carriers Dynagas LNG Partners said that it has sealed a syndicated USD 675 million senior secured term loan. The facility will be secured by first priority mortgages on the six LNG carriers in the partnership’s fleet.

The loan will be utilized to repay the company’s existing indebtedness, consisting of outstanding USD 470 million Senior Secured Term Loan B and the USD 250 million aggregate principal amount under the Partnership’s 6.25% senior unsecured notes upon its maturity date of 30th of October 2019.

The facility is repayable over five years in 20 consecutive quarterly payments and Dynagas LNG Partners expects the financing to close before the end of September.

Tony Lauritzen, CEO of Dynagas LNG Partners,  said that the credit facility provides the partnership with reduced cost of debt relative to the existing one and a simplified debt structure “with a clear and viable path towards deleveraging through a significant increase in debt amortization.”

“As a result of this global refinancing and broader strategic realignment, the partnership is better positioned for future growth initiatives as global LNG markets continue their robust development,” Lauritzen added.

GSL expects to draw down the first tranche of the loan, in full, of USD 230 million shortly and will use the proceeds to refinance five existing senior credit facilities with maturities in December 2020 and April 2021, thereby reducing its cost of debt, extending maturities, and simplifying its debt structure. As a result, three 2000-built 6,000 TEU ships will become unencumbered.

The second tranche of up to USD 38 million,  is available until May 2020 to facilitate further refinancing. The final maturity date of the new loan is expected to be September 2024, five years after drawdown.

GSL said that it has refinanced all of the existing indebtedness under its junior facility in the amount of USD 38.5 million, with the only change being to extend its maturity from September 2023 to September 2024, consistent with the maturity date of the new loan.

George Youroukos, Chairman of Global Ship Lease, believes this to be a significant improvement to the company’s capital structure.

“With charter rates improving across the vessel classes represented by our fleet, we have successfully extended and expanded our charter backlog and, as previously announced, have agreed to purchase three vessels, two of which have now been delivered, with the third scheduled to deliver at the end of the month, in a highly attractive, opportunistic acquisition,” he added.

“By successfully executing this refinancing, we are delivering upon our stated goals of reducing our cost of debt, significantly extending maturities of most of our 2020 debt until September 2024, and enhancing our financial flexibility by releasing collateral. While an important step in its own right, this refinancing also provides us with long-term certainty for further enhancements to our capital structure,” Ian Webber, Chief Executive Officer of Global Ship Lease, said.

The company plans to use the net proceeds to repay five secured credit facilities, as well as for future vessel acquisitions.