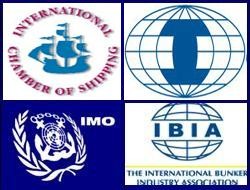 THE International Chamber of Shipping (ICS), International Bunker Industry Association (IBIA) and tanker owners’ group Intertanko have all welcomed the proposal by IMO Secretary General Efthimios Mitropoulos to establish a ‘cross-government industry-scientific working group’ to evaluate the strategy to be adopted by IMO for further reducing ship’s air emissions.

ICS will be urging all of its member national shipowners’ associations to encourage their governments to support this helpful proposal at the important meeting of the IMO Marine Environment Protection Committee in July.

ICS Marine Director, Peter Hinchliffe, who led the ICS delegation to the meeting, said: ‘We are very pleased that the need for a holistic approach on air emissions has been accepted and that, at this stage at least, IMO has not opted for a simplistic single solution without a proper analysis of the implications, including the parallel issue of CO2 emissions. The industry will look forward to contributing its knowledge and expertise to the exercise. However, we do recognise the urgency, and the political imperative, of IMO adopting more stringent air emission standards through amendments to MARPOL Annex VI as quickly as possible, not least to discourage unilateral regulation, which greatly complicates maritime trade. The IMO study must be conducted very speedily, and identify the most effective means of delivering maximum net environmental benefit.”

“Air pollution from ships has jumped to the top of the political agenda, with other transport and land-based pollution sources already having achieved meaningful air pollution reductions. The pressure is on the shipping industry to move quickly and decisively to ensure that we maintain comprehensive, long-term international rules and avoid impatient decisions to regulate regionally and unilaterally. A proactive approach is essential,” added Dr Swift.

This news is a total 1451 time has been read